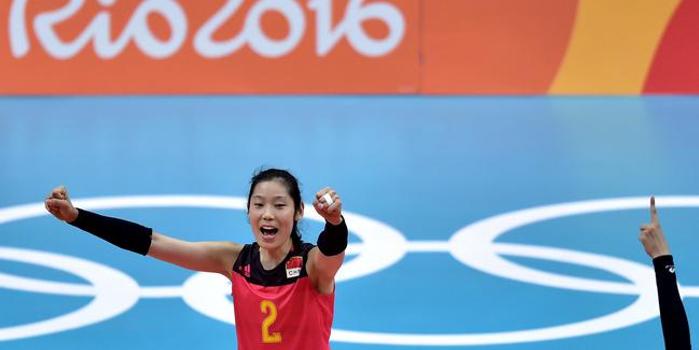 Zhu's first and only Olympic journey was to Rio 2016, where she won the gold medal and was awarded MVP. To realize her goal, she has to attend next year's Olympics in Tokyo and the following edition in Paris.

"Personally, I would like to be able to do this, but it will take another five or six years and I hope my competitive ability can be maintained at that time," said Zhu.

Born in 1994, the Chinese team captain is 25 years old now. Although considered a middle aged player, Zhu said she will "never stop running."

"I must keep my advantage in the field, and as a member of Chinese women volleyball team, I also have the responsibility to lead our younger members by improving myself," Zhu said.

When asked about how Tokyo Olympics postponement influence Chinese women's volleyball team, Zhu pointed out the benefit of being "mature."

"We can use this time to strengthen our weak spots, and I can stay with my coach and teammates for another year," she said.